[Read on for instructions and talking points]

Urgent: Despite insisting otherwise, Canadian officials have been quietly trying to re-negotiate the Safe Third Country Agreement (STCA) with the United States to make it even harder for refugees to enter Canada. While we just found out, these backdoor negotiations have been going on since September! The STCA is an unjust law that turns many asylum seekers away at Canadian land border official crossings if they entered via the US. Now Canada wants to extend it not just to official posts, but the entire border.

Over 40,000 of you signed the petition calling on Trudeau to scrap the STCA. Your pressure helped force this issue onto the government’s agenda. Now we need you to turn up the heat.

Enter your information in to the box and we’ll automatically connect you to your MP.  If no one answers - you can leave a voicemail.

Here are some talking points you could include in your message:

I’m calling on the government to:

Can we count on you to bring this message forward?

Canadian immigration laws are in need of an overhaul. If you want to say more, here’s a more substantive list of other things Canada could do to open its borders to refugees and asylum seekers:
Justin Trudeau is attempting to expand the dangerous and deadly effects of precarious border crossings to even more innocent people. People fleeing Trump. People seeking refuge, Mothers, fathers, children, families who only want to be safe and build a life.

Don’t let him get away with it.

Join us as we call on Canada to #LetThemIn #LetThemStay. Please call right now.

In struggle and solidarity,

No One Is Illegal - Toronto 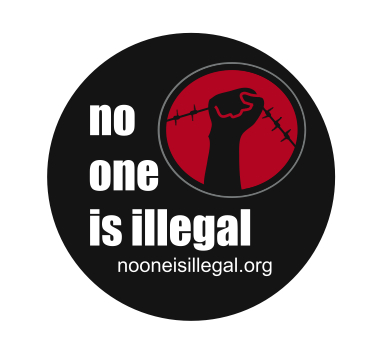 Our tool will connect you to your MP's office. Use the box below to get started. Make sure you have your phone handy!

Connecting your call...
Thanks for calling!

Leadnow will respect your privacy, and keep you updated about this campaign and others.

Thank you for taking action!

Thank you so much for making a call. If you haven't already, will you sign our petition calling on Justin Trudeau to Welcome Those Fleeing Violence and Deportation Under Trump?

Our voices are stronger when we work together.

Help us spread the word!